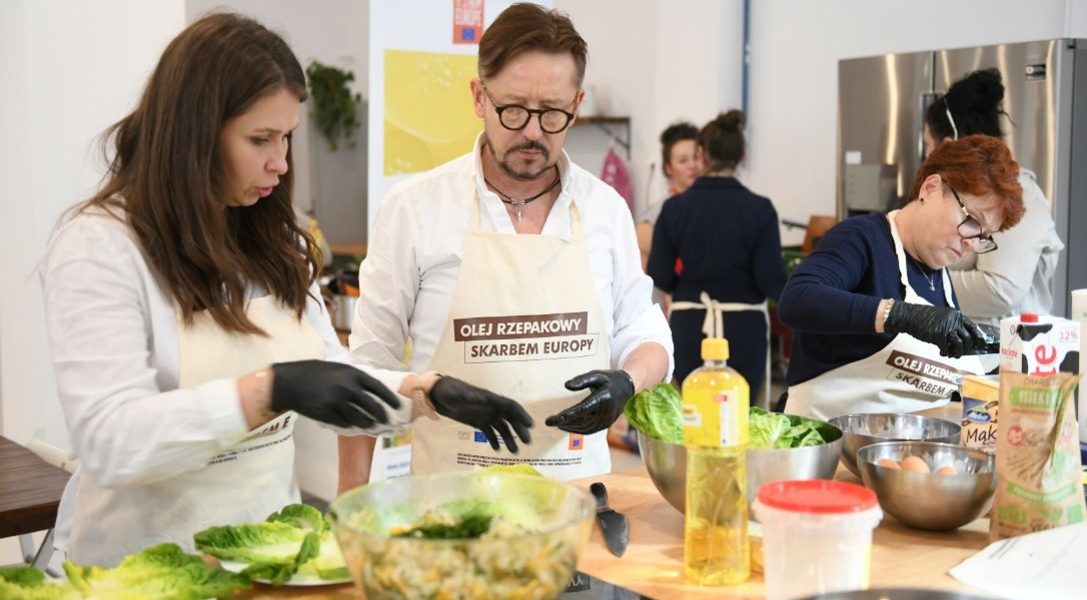 rapeseed oil is the treasure of Europe

The campaign “rapeseed oil is the treasure of Europe” – has an international dimension and concerns the two largest rapeseed markets in Europe: France and Poland.

The campaign is educational and promotional and is aimed at people responsible for grocery shopping in households. The program is implemented through a series of PR events, events and advertising activities on television, in the press and on the Internet. As part of the campaign, information materials (press dossiers, brochures) and a series of internet films were prepared. A number of actions were also taken on social media (Facebook, Instagram, YT)

Other Campaigns
Manage Cookie Consent
To provide the best experiences, we use technologies like cookies to store and/or access device information. Consenting to these technologies will allow us to process data such as browsing behavior or unique IDs on this site. Not consenting or withdrawing consent, may adversely affect certain features and functions.
Manage options Manage services Manage vendors Read more about these purposes
View preferences
{title} {title} {title}